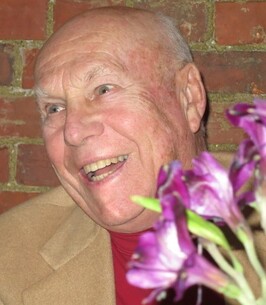 Gardiner Dickinson E. (Dick) A.B., M.ED., Professor Emeritus Rowan University passed away on March 22, 2022 at the age of 86. A long time South Jersey educator from Almonesson, NJ, he graduated from Woodbury High School in 1954 where he lettered in track and cross country. In 2009 he was elected to the Gloucester County Sports Hall of Fame as part of the 1952-53 W.H.S. champion team in all sports-male and female. He graduated from Western Maryland College in 1958 with a major in History and minors in English and Education. Upon graduation he was commissioned a Second Lieutenant in the U.S. Army Infantry. At W.M.C. (now McDaniel College) he lettered in baseball and wrestling. The only son of the late E. Emerson and Marguerite Foley Gardiner he married Frances Layton Gardiner in 1961. Fran taught for 25 years in the Black Horse School District where she chaired the home economics department for many years. Dick began his teaching career in the then new Deptford Township Jr. Sr. High School, where between 1959 and 1967 he was a teacher of History and English. He started the wrestling program and served as the first varsity coach. He coached baseball for his entire career at Deptford finishing with the school’s first Olympic Conference baseball championship in 1967 and was named S.J.C.A. Outstanding Coach in 1967.

He received his M.Ed. from Temple University in 1966 and became an Assistant Professor at Glassboro State College in the fall of 1967, where he taught undergraduate and graduate students, teachers, and administrators until he retired. In 1975 he earned his Ed.D. from Temple University in the field of Curriculum Theory and Development. His doctoral research focused on teacher and administrative Pupil Control Ideology, and its impact on curriculum development.

In 1976 Dick was elected to the Glassboro State Faculty Senate. He served the Senate in many roles. In 1977, he was elected President of the Glassboro chapter of Phi Delta Kappa. He also was chosen as the Graduate Advisor for all the Subject Matter Graduate programs at the College. He was able to bring many nationally known experts in the field of curriculum in to speak to graduate students and local educators. In 1977, Dick also began a relationship with the Hahnemann University College of Allies Health Professions where he served as visiting professor until he retired. From 1985 to 1988 he served as Coordinator of Curriculum Planning and Development: School of Professional Studies, while at the same time serving on the All-College Strategic Planning Committee and on several search committees including the one that brought President James to the College. In 1986 he was one of five National Steering Committee members selected for the International Curriculum Teachers Network under the Association of Supervision and Curriculum Development. He became President of the Network in 1991. Dick decided not to run for reelection as President of the Glassboro Faculty Senate in 1987, when the administration selected him to co-chair the Middle States Steering Committee and he was elected chair of the Secondary Education/Foundations of Education Department. He served in that capacity until retirement. Upon retiring, the Gardiner family moved to Troy, Pa. where they developed a successful apple and peach orchard - known for the dwarf trees and excellent fruit. Son Don is now owner of the farm.


Memories & condolences can be shared at www.smithfhmantua.com