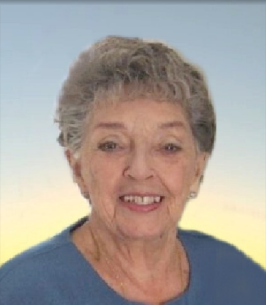 Dolores Margaret Beatty age 90, of Mantua Twp. passed away on Monday, August 15, 2022. Born in Philadelphia to the late James W. Martin Sr. and Sara Anna (nee Nugent), she graduated from John W. Hallahan Catholic Girls High School. Dolores was a dedicated wife, mother and visiting nurse. She was a member of the Church of the Incarnation, the Catholic Daughters, and enjoyed ceramics. Dolores loved traveling with her husband. Together they traveled to almost every state, including Hawaii, much of Canada and Ireland. Dolores gave her time and donations to many charitable causes.

Dolores was also survived by her sister, Kathleen Lumley, and husband Walter Lumley. She was blessed to have them as her wonderful caretakers for the last 6 years.

Family & Friends may visit from 9:30 am to 10:45 am on Friday, August 19, 2022, at Church of the Incarnation, 240 Main Street, Mantua, NJ where a funeral Mass will be held at 11 am. Entombment will follow at New St. Mary's Mausoleum in Bellmawr, NJ. Family & Friends are also invited to Hollywood Café in Woodbury Heights following committal prayers at the cemetery. In lieu of flowers, please send a prayer in memory of Dolores. Memories and condolences can be shared at www.smithfhmantua.com