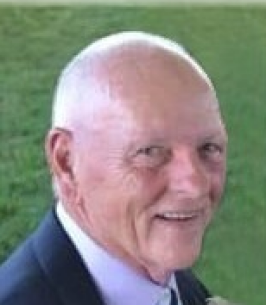 Earl Leslie Harbison age 84, of Mantua passed away on Sunday, February 28, 2021. Born in Elk Twp. to the late Earl L. Harbison and Dorothea (Fisler), he graduated from Girard College (former all boys college) Class of 1954. Earl served in the US Navy, earned his bachelor’s degree from University of Delaware in 1969 and earned his master’s degree in History from Glassboro State College. He was a Purchasing Agent at DuPont, worked at Monsanto, and William Heritage Winery.

Earl loved music, especially jazz. He played the steel drums in the Navy Steel Band and was also known as the Limbo Champ. He loved playing his saxaphone in the Ferko String Band. In his spare time, Earl enjoyed sailing, fishing and telling stories. His favorite drink of choice was Rusty Nails, and everyone called him "Big Guy". Earl was an avid Philadelphia Flyers Fan. He was a happy go lucky guy who loved his family and friends.

Husband of the late Barbara L. Harbison (Brown), he is survived by his daughters, Kimberly Hamilton, Jeanne D'Agostino and Penni Heritage (Bill), 9 grandchildren and 17 great grandchildren. Earl was also predeceased by his son, Les Harbison.

Family and Friends may visit from 11 am to 1 pm on Saturday, March 20th, at Richwood United Methodist Church, 104 Richwood Road, Mullica Hill, NJ. Interment will be in Wenonah Cemetery at a later date. As an expression of sympathy, contributions can be made to Richwood United Methodist Church, PO Box 7, Richwood, NJ 08074, or the Sunshine Foundation, 101 Lakeside Park, Southampton, PA 18966 or www.sunshinefoundation.org.

Memories and Condolences can be shared at www.smithfhmantua.com.