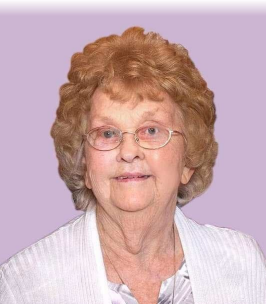 Joan Arlene Nickodemus age 87, of Mantua passed away on Wednesday, April 27, 2022. Born in Philadelphia to the late Francis Fray and Anna Mae (nee Schneider), she married the love of her life, the late William J. Nickodemus, Jr. They enjoyed traveling, relaxing at the beach and family meant the most to them. She had a passion for crocheting and loved making blankets for her friends and family. Joan had a strong faith, regularly attended Mass on Sundays and was a member of the Red Hat Society. She will always be remembered for spreading her love wherever she went.

Family and Friends may visit from 9:30 am to 10:45 am on Saturday, April 30th at Church of the Incarnation, 240 Main Street, Mantua, NJ where a Funeral Mass will be held at 11 am. Burial will follow at Eglington Cemetery in Clarksboro, NJ.
Memories and condolences can be shared at www.smithfhmantua.com