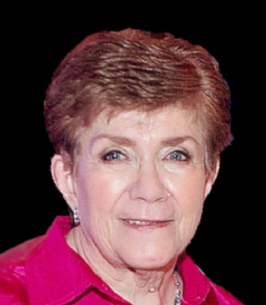 Maralyn Jane Keller Kennedy age 87, of Woodbury, passed away on Monday, April 12, 2021. Daughter of Mildred (Anthony) and John Keller. She was born on March 31, 1934 in Freeland, PA. Wife of the late Peter J. Maralyn is survived by her children, David (Michele), Sharon (Mark) Lightcap, Kathryn (Steve) Dyal and Michele (Robert) Allman, 5 grandchildren and 5 great grandchildren and one on the way. Maralyn was predeceased by her grandson, Michael Brian Curreri.

Maralyn was a graduate of Kensington High School, 1950 and Hospital of the University of Pennsylvania Nursing School 1954 and married Peter in 1955. She moved to Cincinnati where she was a charge nurse at Cincinnati General for many years and stayed home to raise her family. In 1962, Maralyn moved to Abington, PA. She was an active member of Holy Trinity Evangelical Lutheran Church in the choir and a proud member of the Miriam Circle. She returned to work at the Lynch Home, a state funded home for severely handicap children for nearly 35 years. Maralyn also worked for Abington Medical Specialist for 25 years before retiring at the age of 75 in 2014. She made a move to Woodbury, NJ to be closer to her family. One of her greatest accomplishments was going to HUP; she was an extremely proud graduate. She loved to bake her Scottish baked goods and loved preparing holiday meals. She was also very involved with all of the soccer teams coached by her husband, including washing all of the uniforms weekly. Maralyn was an avid reader, enjoyed various types of handwork, loved watching Turner Classic Movies and lots of sports. Her annual girls day trip to Belshnickel craft fair after Thanksgiving was a highlight.

Arrangements are private for her family.
In lieu of flowers, donations can be made to Angelic Hospice, 1050 Mantua Pike, First Floor, Wenonah, NJ 08090.