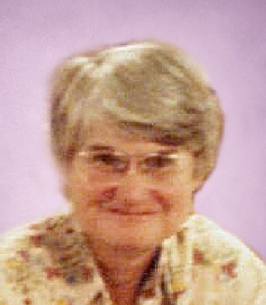 Marie L. (Midge) Cox (nee Good) age 90, of Sewell passed away on Monday, September 5, 2022. She was the daughter of Benjamin and Dorothy Good. Marie grew up in Pitman, NJ and graduated from Pitman High School at the age of 16. She excelled at both dancing and piano, playing the pipe organ at the Pitman Theater and also dancing in several of their productions. She worked as a secretary in a military office in Camden and later as secretary to the principal of Clearview Regional Junior High School and for a number of years at the former Barnsboro Pharmacy as a Pharmacy Technician.

Marie met the love of her life, Wilbert Thomas Cox, at a dance hall in Camden, not long after the end of WWII. They married in 1953; their son, Mark, was born in 1954. They purchased a house in Sewell, NJ that year which is where she was living when she passed. Years later they purchased a small house in Jensen Beach, FL. where they spent a number of enjoyable winters.

Wife of the late Wilbert T. Cox, she is survived by her son, Mark C. Cox. Also survived by a niece and nephews and their families, and her sister-in-law Thelma Good. She was predeceased by her brother William Good,

Family and Friends are invited to a Graveside Service at 11:00 am on Saturday, September 10th at Richwood Methodist Church Cemetery, 104 Richwood Road, Mullica Hill, NJ 08062.