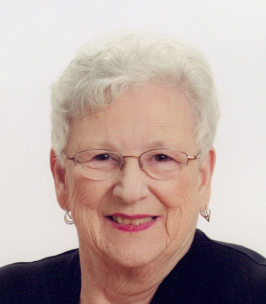 Mary Ann Maloney (nee McKenna), of Wenonah passed away peacefully surrounded by her family on April 7, 2021. Daughter of the late John and Kate McKenna and was born in Camden on May 31, 1936. Mary Ann and her husband, John (Jack) Maloney, lived in Wenonah together with their four children. After retirement Mary Ann and John enjoyed residing with her daughter Donna and son-in-law Barry Burkhardt in Wenonah. Mary Ann was a caring person, loving mother, sister, wife, friend and daughter who enjoyed faithfully attending the Incarnation Church.
She is survived by her son, John (Jack) and wife Suzanne (deceased) Maloney of Gloucester, daughter, Donna and her husband Barry Burkhardt of Wenonah, son, Jeffrey Maloney (deceased) and son, Gregory and wife Robyn Maloney of Pitman.
Mary Ann was also blessed with four grandchildren, Jennifer (Jeff) Kerby, Keith (Amanda) Burkhardt, David Maloney and McKenna Maloney. She enjoyed spending time with her great grandchildren: Madelyn, Connor, Scarlett, and Delaney. Mary Ann was the oldest of her siblings and loved her family very much. She is survived by John (Terry - deceased) McKenna, Michael (Marie) McKenna, Theresa McKenna (Fred) and Bartholomew McKenna (deceased).

She was active in the Wenonah Athletic Association, Wenonah Lake Association, and Senior groups of Incarnation Church in Mantua, Oak Valley and St. Margaret's in Woodbury Heights. Mary Ann and Jack Maloney loved to travel and visited all 50 states in their RV. They also enjoyed ten cruises and resided in Bradenton, Florida for 7 years, during the winter months. One of her favorite things to do was to have coffee at Country Sweets Bakery every morning with her good friends. She also enjoyed visiting the casino and playing the penny slots.
Family and Friends are invited to visit from 8:30 am to 10:30 am on Tuesday, April 13th at Smith Funeral Home 47 Main Street Mantua, NJ 08051. Mass of Christian Burial will be held at 11:00 am at Church Of The Incarnation 240 Main Street Mantua, NJ, with burial to follow at Wenonah Cemetery in Mantua.
Donations can be made to Church of the Incarnation, 240 Main St., Mantua, NJ 08051 or St. Jude Children's Research Hospital, St. Jude Place, Memphis, TN 38105-9959. Memories and condolences can be shared at www.smithfhmantua.com