Obituary for Mary A. Frye 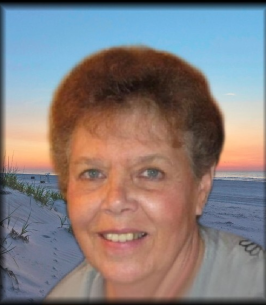 Mary A. Frye age 83, of Mantua Twp. passed away on Sunday, September 4, 2022. Born in Philadelphia to the late Peter Sandusky and Elga (nee Ladman), she was raised in South Philadelphia, and graduated from St. Maria Goretti in Philadelphia. Mary has been a resident of Mantua since 1974 and was an appeals examiner for the State of NJ. She loved vacations in Sea Isle, trips to the casinos in Atlantic City, Harrah's in Chester, and Delaware Park, and playing games on her tablet, especially Pogo. Mary enjoyed spending time with her good friend, Ronnie Pluta and two friend groups, the Buzzin' Dozen & the Big Ten. Most of all she loved her family especially her grandchildren & great grandchildren.

Family and Friends may visit from 9:30 am to 10:45 am on Friday, September 9th, at Church of the Incarnation, 240 Main Street, Mantua, NJ where a funeral Mass for Mary will be held at 11 am. Burial will follow at Wenonah Cemetery. Memories and Condolences can be shared at www.smithfhmantua.com.