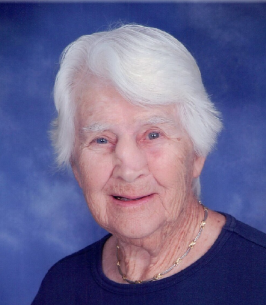 Miriam E. Clift (nee Eastlack), wife of the late Donald, passed away peacefully at the home of her son and daughter-in-law on Sunday, November 6, 2022, at age 95. A long-time "snowbird", she was a resident of Stuart, FL and formerly Lake Garrison in Elmer, NJ. More recently, she had been staying with her family in Turnersville, NJ.

Miriam was born in Thorofare and was raised in the Billingsport section of Paulsboro. She was an outstanding student athlete in high school and college, excelling in field hockey, softball, and basketball. In her junior and senior years at Paulsboro High School she was an undefeated field hockey goalie. During her college years at Temple University, she was recruited to play in the All-American Girls Professional Baseball League as depicted in the film "A League of Their Own". Instead, Miriam fortunately chose to stay in school because, soon after, she met her husband-to-be Donald, just home from WWII. They were inseparable for 65 years.

After her children were in school, Miriam began teaching in Deptford Township. She first taught at Oak Valley Elementary, but soon moved to Deptford High School where she taught, coached, and counseled students for many years. Miriam taught girls health and physical education and coached the field hockey, basketball, and tennis teams through many seasons. She later moved to the Guidance Department where she retired as Guidance Director. During the summers in that capacity, she hand-scheduled all classes, classrooms, periods, teachers, and students for the high school (before computers were able to do the job). She took pride in building her "Master Schedule" for the best possible benefit of every student.

Miriam and Donald enjoyed a picture-perfect retirement, dividing their time between Florida and New Jersey. In those years, they began to travel, golf, and play shuffleboard competitively. Not surprisingly, Miriam became a regional women's champion in shuffleboard.

In addition to her beloved husband, Miriam was preceded in death by her parents Harry and Alice Eastlack, three infant brothers, sister and brother-in-law Dorothy and Donald Fuhrmeister, son-in-law Robert Ario and grandson Scott Ario. She is survived by her loving children Carol Ario, Donald Clift and his wife Deborah, grandchildren Amy Byorick and her husband Jeffrey, Laura Clift and great-grandchildren Ava and Jacob Byorick.

Miriam's family would like to thank the many loved ones, church family members, and friends whose prayers and support have paved our way through difficult times. We also wish to thank Holy Redeemer Hospice whose services were an invaluable help. Memorial contributions may be made to Redeemer Health, c/o Office of Philanthropy, 251 Moredon Road, Huntingdon Valley, PA 19006, or Trinity United Methodist Church, 284 Cedar Rd., Mullica Hill, NJ 08062.

Miriam will be laid to rest in Eglington Cemetery beside her beloved Donald where, as their grave marker already reads, they will be "together forever".
Memories and condolences can be shared on www.smithfhmantua.com