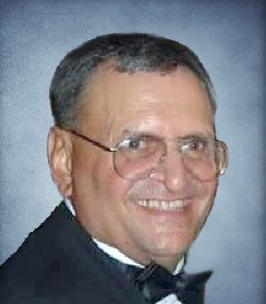 Pasquale J. Tursi “Pat” age 74, of Mantua Twp. passed on Friday, August 19, 2022. Born in Philadelphia to the late Pasquale Tursi and Eleanor (nee Cicione), he was raised in Yeadon, PA and spent summers at Belmont Avenue in Atlantic City. Pat attended elementary school at St. Louis Catholic School in Yeadon, PA, graduated from Monsignor Bonner High School in Drexel Hill, PA in 1967, and attended Delaware County College. He started a career at the Philadelphia Inquirer in 1967 and retired in 2010. Pat was a member of the Typographical Union Communications Workers of America Local 14156. He was a lifetime Philadelphia Eagles Fan and fondly remembers first going to games at Franklin Field with his Father. Pat loved to travel with Sandy, and two of his favorite places were Acadia National Park in Bar Harbor, Maine & Colonial Williamsburg in Virginia. Pat enjoyed summers in Mystic Island, spending time boating and fishing with his family and friends. Most of all he loved Sandy and being Dad to his three girls. Pat always attended their athletic events & concerts and was proud of their accomplishments.

He is survived by his wife of 50 years Sandra (nee Carusi), three daughters, Danielle Tursi & her fiancé Michael Clark of Ventnor, Kimberly Tursi of Mantua and Jacquelyn Galbraith & her husband Kevin of Port Charlotte, FL.

Family & Friends may visit from 9:30 am to 10:45 am on Thursday, August 25th, at Church of the Incarnation, 240 Main Street Mantua, NJ where a Memorial Mass will be held at 11 AM. Interment will follow at Saints Peter & Paul Cemetery in Springfield, PA. As an expression of sympathy, contributions can be made to the Church of the Incarnation Food Pantry, 240 Main Street, Mantua, NJ 08051. Memories and condolences can be shared at www.smithfhmantua.com