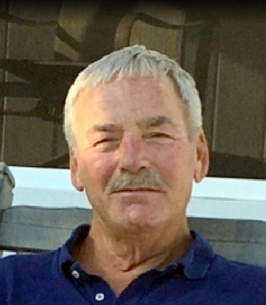 Paul W. Welsh of Mickleton passed away Sunday, March 27, 2022, at 69 years of age.
Paul is survived by his loving wife Mariann B. (nee Brown), son Gregory and his wife Annelies, and his beloved granddaughter Holly. Also by his sisters Eileen Jenzano, Margaret Ambrose( Frank) and Beverly Lasoski (Bernard). He is predeceased by his brother Vincent Welsh Jr. and his parents, Vincent Welsh Sr. and Mildred McGee.
Raised in Woodbury Heights, Paul was a proud Gator attending Gateway Regional High School where he played football, achieving all-star status.

After graduation he attended the Police Academy and was employed by the Amtrak Police Department for 35 years. During his professional career he proudly worked as a detective and part of a mobile command center team. This provided support and communications to communities during natural disasters such as Katrina and 9/11 along with aid for big scale events such as The Olympic Games. He was also a member of the helicopter patrol unit. This offered air surveillance from Washington D.C. to New York City.

Paul enjoyed spending his time playing golf, cheering on various Philadelphia sports teams and listening and singing tunes from the 50’s. He could often be found reading a good book with his two furry friends, Millie & Molly tucked in beside him. Throughout his life he enjoyed regular trips to the beach both in Stone Harbor and Key West.

Funeral Services will be private. A Memorial Gathering will be held on April 9th from 1:00pm - 4:00 pm at Hollywood Cafe and Sports Bar, Woodbury Heights, NJ.

In lieu of flowers donations can be made to the Gloucester County Animal Shelter, Click here to Donate online.

Memories and condolences may be shared at www.smithfhmantua.com