Obituary for Philip A. Winkie 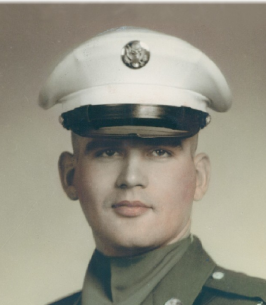 Philip A. Winkie Ed. D, age 84, of Wenonah passed away Wednesday, February 24, 2021. Born in Bridgeton, NJ and raised in Millville, NJ resided in Wenonah, NJ for over 53 years. He received his B.S. degree in Food Science from Delaware Valley College, and then was drafted into the Army where he served two years active duty as an administrative specialist in the Provost Marshal's Office, 2nd Army Headquarters, Ft. Meade, Maryland. He then attained his Master's degree in Science from Temple University and was a charter faculty member at Sterling Regional High School where he taught biology and earth science and served as department chair. He also served as the varsity line coach under the legendary Frank Urban and was head wrestling coach.

In 1967, Winkie left Sterling and became a charter faculty member of Camden County College where he taught a wealth of science courses and served as Professor of Biology, Division Chairman, and Department Chairman. In 1976, he earned a doctorate in education from Rutgers University after he completed research at the Hurricane Island Outward Bound School, in Rockland, Maine. He served several years as a member of the Middle Atlantic States Accrediting team evaluating Mid-Atlantic region community colleges for accreditation. He also served as a member of the Camden County College Foundation Board of Trustees.

In 1982, Dr. Winkie was the first recipient of Camden County College's outstanding teacher award of which he was extremely proud. Although, his students considered his demeanor and precepts as a taskmaster, they enjoyed his anecdotal stories and fair mindedness in the classroom. He enjoyed saying, "Busy people are happy people" when handing out assignments. Dr. Winkie retired from Camden County College, in Blackwood, NJ after 34 years, in 2001. He taught a total of 41 years in education.

He was a member of NEA and NJEA, 3rd degree Knight of Columbus at Incarnation Church, Mantua, NJ, a 4th degree Knight of St. John Neumann Assembly, Millville, NJ, past president of the Wenonah Board of Health and past member of the Wenonah Environmental Commission. In 2002, The Camden County College Board of Trustees awarded Dr. Winkie the title of Professor Emeritus and in 2004 he was named along with the entire 1953 football team to the Millville High School Sports Hall of Fame.

Family and Friends are invited to visit from 10:00 am to 11:30 am on Monday, March 1st at Smith Funeral Home, 47 Main Street Mantua, NJ. A Mass of Christian Burial will be held at 12:00 pm at Church of Incarnation 240 Main St., Mantua, with burial and Military Honors to follow at Wenonah Cemetery, Mantua, NJ 08051.
In lieu of flowers, contributions can be made in Dr. Winkie's memory to Camden County College Foundation (reference in Memo portion Connor Patrick Dameika Scholarship), P.O. Box 200, College Drive, Blackwood, NJ 08012. Memories and condolences can be shared at www.smithfhmantua.com