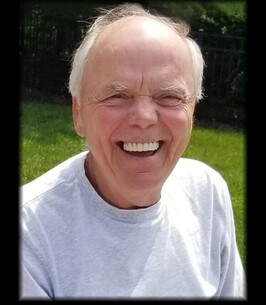 William "Bill" Davis, aged 74, passed away on Sunday, October 2, 2022, surrounded by his family. Bill was a store manager for Acme Markets for forty years, most recently working in Haddonfield where he met his beloved wife, Holly. Bill had a reputation for growing beautiful produce, especially tomatoes. Anyone who knew Bill ate his delicious tomatoes, sauce, and meatballs. For Bill, sharing his food was sharing his love. Whether on his boat or off of Reed's Beach, Bill loved fishing with his friends and family. He took pleasure in teaching his grandchildren how to fish. Bill was loved by many and enjoyed a large friend group, easily making everyone around him laugh, with his calm, laid back nature.

Bill was predeceased by his parents William and Bette Davis, as well as his brother, Robert Davis. Bill is survived by his wife, Holly Mingins Davis, his daughter Brynn (Drew) Morgan, his grandchildren, Drew and Isla, his brothers, Jeffery (Bonnie) Davis and James Davis, and his stepson Luke Rafferty.

Family and Friends may visit from 5 pm to 7 pm on Thursday, October 6th, at Smith Funeral Home, 47 Main Street, Mantua, NJ. The family requests that you attend in casual attire, jeans, t-shirt, sneakers, etc. In lieu of flowers, donations may be made to the charity of your choice.