In Memory of
Howard J.
Sharpley
1941 - 2022
Click above to light a memorial candle.
Memorial Candle Tribute From
Smith Funeral Home
"We are honored to provide this Book of Memories to the family."
View full message >>>
Send Flowers
Menu

In the event that there is an error
in the information presented,
please contact the funeral
home by clicking here. 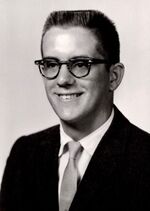 Howard J. Sharpley age 81, of Mullica Hill, passed peacefully with his family by his side on Friday, September 9, 2022. Howard owned his own business, Howard’s Hauling and Rigging, for over 50 years, which he started with his father Howard Sidney. After his day job running a business, Howard spent two decades tirelessly pitching batting practice and attending games as his two boys played baseball, basketball and soccer year-round from an early age through high school. His yard was the local wiffle ball/football field for the neighborhood and the kids pitched in to buy him a shirt that read “Mr. Wonderful”, which says it all. He was a hard-working, sincere, genuine man that had a smile for everyone and could always make you laugh. While growing up, the family also made many great road trips to Reading, PA to visit family, racing at Reading Fairgrounds/Bridgeport Speedway/go-kart tracks, the Jersey shore, boardwalks and local diners. That continued after high school with trips to visit his boys and families in Delaware, Utah, Chicago, Seattle, CA, USC baseball games, lacrosse games, etc. Recently, he enjoyed spending his time going to the racetrack to watch horse and stock car racing, rooting for the Phillies and Thunder, visiting his boys on the West coast, local diners, spending time with his NJ family, grandchildren and dog Scooter.

Services are private at the request of the family.

In lieu of flowers, Click here to make a donation to Ronald McDonald House Charities in Howard's Memory.