To share your memory on the wall of Richard Raively, sign in using one of the following options:

Family and Friends may visit from 5 pm to 7 pm Wednesday September 23rd at Smith Funeral Home, 47 Main Street, Mantua, NJ where Funeral Services will be held at 7 pm. Interment will be private. As an expression of sympathy, contributions can be made to the Memorial Presbyterian Church SOS Fund, 202 E. Mantua Ave., Wenonah, NJ 08090. Memories and condolences can be shared at www.smithfhmantua.com
Read Less

Receive notifications about information and event scheduling for Richard

We encourage you to share your most beloved memories of Richard here, so that the family and other loved ones can always see it. You can upload cherished photographs, or share your favorite stories, and can even comment on those shared by others.

Posted Sep 23, 2020 at 12:52pm
Thanks, Dick, for the wonderful family memories. I've known you since I was a little kid. You were the brother we never had, not to mention, a Great brother-in-law. I will always remember the "safety pin" trick you taught me. Missing you....Sally Kivilis
Comment Share
Share via:
BJ

Posted Sep 23, 2020 at 10:45am
Aunt Shirley
I am truly saddened and sorry to hear about the passing of Uncle Dick. Many years and many memories the two of you have made and shared. I know that this is such a difficult time right now. But I also know that the care and the love of all your children and grandchildren and family and friends are all there for you now and always. May they all provide you with some comfort during the difficult days ahead. May God rest his soul in peace and comfort where he can watch down over you all with that same sweet smile he always had on his face. My deepest sympathies and condolences. Love you
Beth Raively Jillard
Comment Share
Share via:
BJ

Posted Sep 23, 2020 at 10:31am
Susan, Ricky, David, Donna and Wendy
I am deeply saddened by the loss of your father. He was such a kind and caring family man. I have so many good memories of spending time at your house for family bbq's, birthday parties or just spending the night when we were young kids. He was always laughing and joking and definitely smiling. I know this is such a difficult time for you all. I know that he will be watching over you all from heaven and smiling down as you continue your life journeys. My deepest sympathies to you all. God bless you and your families as well.
Beth Raively Jillard
Comment Share
Share via:
CS

Posted Sep 23, 2020 at 06:36am
With heartfelt sympathies to you & your family. May the presents of our loving God keep you strong & in his care during this & ongoing times with the loss of your loved one. He was a loving husband, father & pop pop. He & your family gave me wonderful memories & he will surely be missed. God protect & bless you all. Lovingly, Carol & the Narducci family 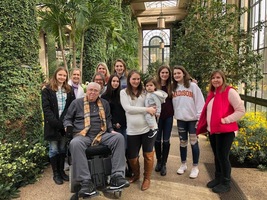 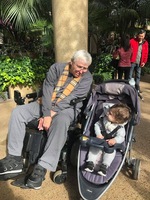 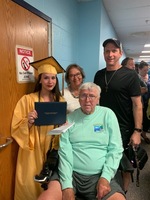